‘I live with Liverpool every moment of my life’

Our series Long Distance Liverpool Love shines a light on devoted fans who grew up as a Red away from Merseyside. Here, Ulfan Ismihan from Istanbul, Turkey shares his journey with Liverpool FC.

I started supporting Liverpool because…

There are so many reasons to choose Liverpool but one of mine was due to my father, he always supported the Reds. 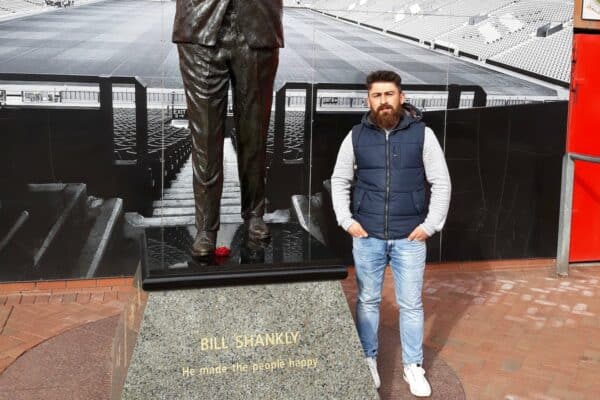 Another was down to Michael Owen and Steven Gerrard. When Owen and Gerard were young, they became my heroes. And of course, the Alaves game in 2001, what a final it was.

Those were my first steps to becoming a Liverpool fan and after that, I started to study Liverpool’s history and I realised that I am so lucky to love a team like Liverpool.

My fondest memory involving Liverpool is…

The miraculous final in Istanbul. After the first half, my father said that it was getting late and I had to go to bed. I said: “No, I want to watch 10 more minutes.”

After Shevchenko’s penalty was saved, I lost myself! Later that day my mother and sister became Liverpool fans too.

My typical matchday routine for the Reds is… 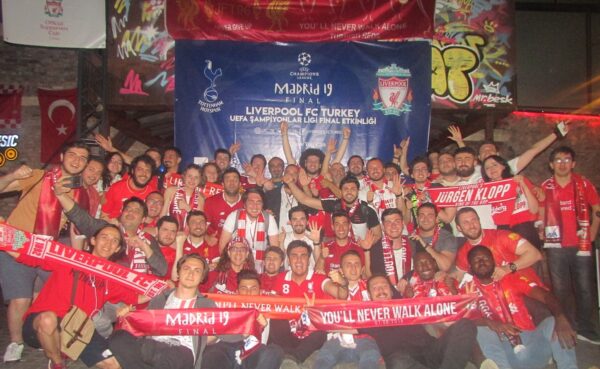 With the Official LFC Supporters club in Turkey. I’ve been running the @LFC_TR account for about 11 years. As an admin, you must be online all the time!

I get up early in the morning and start to feel the excitement for the match. As OLSC Turkey, we watch the matches together in Istanbul and so I live with Liverpool not only on match days, but in every moment of my life.

What does the club mean to you?

Singing your hearts out in good times and in bad times. Showing managers support and respecting them through the bad times as well as the good ones. YNWA is more than a song, it’s a metaphor for what the club is and what it means to us.

Shankly said it best: “We were always confident, but we were never overconfident. Being cocky is a form of ignorance. It means you are talking too much and if you are guilty of that, an opponent will bring you down to earth.”

That is Liverpool FC and the Liverpool way to me.

My Liverpool dream that came true is…

When I was a child, I had dreams of becoming a football player for Liverpool. Stevie G was my hero. I was trying to run like him, move like him and play football like him. He is still my hero.

Of course, that was very difficult! 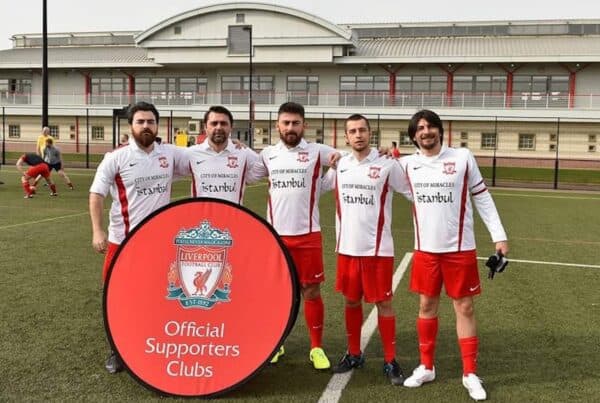 Other than that, it was my dream to go to Anfield one day. Thank god, I have had the chance to go on four occasions. And in 2016, we were invited to Melwood for a 5-a-side tournament and it was a great feeling to play football where the legends of the game stepped.

And if I could invite three Liverpool figures past or present to my country, they would be… 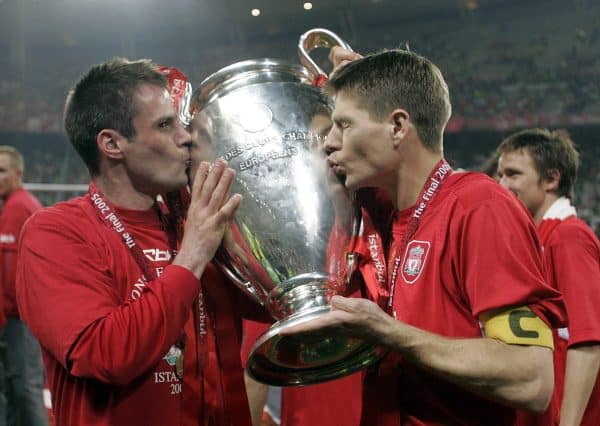 Bill Shankly! If he hadn’t taken Liverpool from a team in the wilderness to one with a bright future full of victories, we wouldn’t be talking about these things right now. I admire his personality. I would love to have talked football with him.

Steven Gerrard and Carra – I would like to tour all over the city of Istanbul with them. I am sure they would like it too. It would be amazing to go to Atatürk Stadium together and chat about that miraculous night in Istanbul. We really need to do this. Stevie, Carra come to Istanbul!

END_OF_DOCUMENT_TOKEN_TO_BE_REPLACED

Jurgen Klopp has reiterated that Joel Matip was not brought off at half-time in Liverpool’s 2-0 win at Preston due to injury, with...

END_OF_DOCUMENT_TOKEN_TO_BE_REPLACED

On this day (October 27) in 1999, Liverpool forward Titi Camara netted an emotional winner as the Reds...

END_OF_DOCUMENT_TOKEN_TO_BE_REPLACED

Football news LIVE: All the latest updates from around Europe’s top clubs

GOOD MORNING FOOTY FANS Chelsea needed another penalty shootout win to progress to the next round of the Carabao Cup last night. ...

END_OF_DOCUMENT_TOKEN_TO_BE_REPLACED

Chelsea defender Antonio Rudiger is demanding €12m a year gross rather than net salary, according to Bild journalist Christ...

END_OF_DOCUMENT_TOKEN_TO_BE_REPLACED

Virals: Liverpool ‘keep in touch’ with target who is the ‘total package’; 12 G/A this season

Liverpool have reportedly kept in contact with long-term target Florian Wirtz.  This comes as the B...