The 6 top cult heroes under Jurgen Klopp at Liverpool

Every football fan loves a cult hero, but who have been the standouts during Jurgen Klopp‘s six years as Liverpool manager?

The 54-year-old is celebrating his sixth anniversary in charge at Anfield, during what has been a legendary spell at the club.

Away from star players such as Mohamed Salah and Virgil van Dijk, there has also been a multitude of cult figures who have also been adored by supporters.

They are easy to warm to and laugh at and with, possessing unique characteristics and ensuring they have etched their names into Reds folklore.

(Nb – an honourable mention must go to James Milner, due to his superb use of social media.)

Steven Caulker arrived as a shock loan signing in January 2016, in order to help ease a shortage at centre-back.

He may have been limited to just four appearances for Liverpool, but in that time, his cult hero status was cemented.

After making his debut late on at home to Arsenal as an auxiliary striker, Caulker brilliantly declared:

“I think on Saturday morning I would have had shorter odds to win the lotto than to be making Liverpool debut UPFRONT 4 days later lol! What an honour.”

He was also used up front in the epic 5-4 win over Norwich, in which he played a part in Adam Lallana‘s last-gasp winner, leading to Klopp losing his glasses amid the celebrations.

Caulker may be long gone now – he is currently on loan at Turkish side Gaziantep – but just mention his name to a Liverpool fan and it will raise a smile.

Has a GIF of a Liverpool player been used more often than the one of Xherdan Shaqiri pointing?

The much-seen clip continues to emerge on Twitter to this day, but there was also much more to love about him.

Rate Liverpool’s summer in a gif.

Take into account; transfers, pre season, youth development and the gift of Carra and Shaqiri memes…

Shaqiri scored big goals against Man United and Everton and celebrated in memorable fashion, having a laugh at Gary Neville’s expense after the former in 2018.

The Sky Sports pundit even had to wear a shirt with the Swiss’ name on the back of it, which was beautiful to see.

“@GNev2 was going to give it to you but he didn’t want to come down and face you.” ?

A bit of mischief from @Carra23 as he presents @XS_11official with his Man of the Match award! ?

There was always a sense of uniqueness about Shaqiri, from his build to his running style, both of which further endeared him to supporters.

Liverpool needed an unlikely hero during a taxing 2020/21 campaign and Nat Phillips came from nowhere to be that figure.

The defender has the look of a Sunday League player about him (sorry, Nat) which is a big part of his appeal, making him seem relatable and down-to-earth.

Phillips came in and performed with great heart at such a difficult time, winning a massive 5.6 aerial duels per game in the league and playing a big role in Liverpool qualifying for the Champions League.

His goal away to Burnley was a particularly enjoyable moment, with the celebrations of those around him highlighting his popularity in the squad.

Phillips may not have much of a future at Anfield, but there will always be huge appreciation for him. 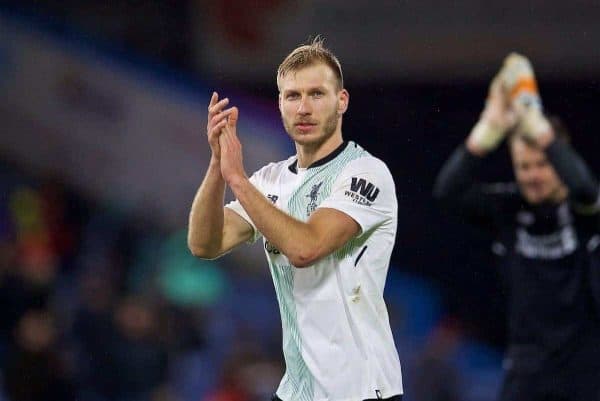 How many centre-backs are remembered most for pieces of skill?

That’s what separates Ragnar Klavan from most mere mortals!

The defender twice did ultimately pointless dummies against Huddersfield and Maribor, stepping over the ball with nobody around him, and it made him instantly popular.

Nicknamed ‘Lord Klavan’ by the Liverpool fans, he seemed oblivious to his cult hero status, which made it all the more brilliant.

There was also the small matter of that last-gasp winner at Burnley, too, which was one of the great moments of the 2017/18 season.

Has such a divisive figure ever produced so many iconic moments in a Liverpool shirt?

Divock Origi‘s career has to be one of the most curious in Reds history, which is what gives him his cult hero status.

The Barcelona double; the final goal against Tottenham; the Everton and Newcastle winners – what Origi did in 2018/19 will forever make him a Liverpool legend.

The Belgian is an intriguing character away from the field, too, partnering with the University of Liverpool to create a scholarship to two students from the city.

It is a fantastic gesture from a true Reds hero, even if he flatters to deceive a little too often! 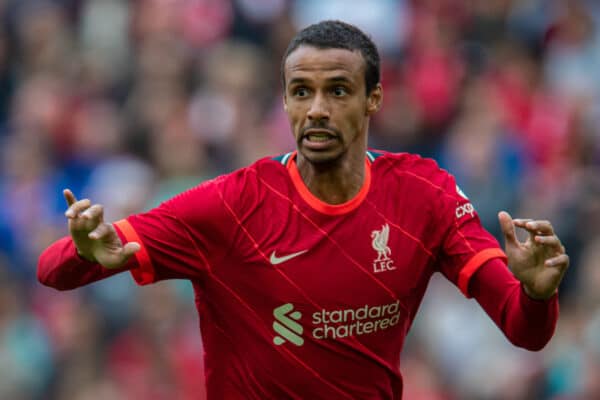 There is nothing funnier than that friend you have who is amusing without trying to be, whether it be their delivery of lines or how they react to incidents.

At Liverpool, that man is Joel Matip and nobody else comes close.

The centre-back’s ability to be hilarious in effortless fashion is legendary – so much so that an entire ‘No Context Joel Matip‘ Twitter account has been dedicated to him.

The outtakes from last year’s ‘Team Meeting’ were also hilarious, while Matip’s on-pitch antics are renowned for their zany nature.

A gentle giant who often seems blissfully unaware of everything going on around him, Matip is the ultimate Liverpool cult hero of the Klopp era.

END_OF_DOCUMENT_TOKEN_TO_BE_REPLACED

All too often the unsung hero of the side, Liverpool goalkeeper Alisson Becker showed once again why he...

END_OF_DOCUMENT_TOKEN_TO_BE_REPLACED

Dozens of people every year are dying alone on Merseyside

Merseyside figures have shown dozens of people every year are dying alone, with nobody to go to their funerals....

END_OF_DOCUMENT_TOKEN_TO_BE_REPLACED

Ajax supporters let off pre-match fireworks before their 4-0 demolition of Borussia Dortmund, covering the Johan Cr...